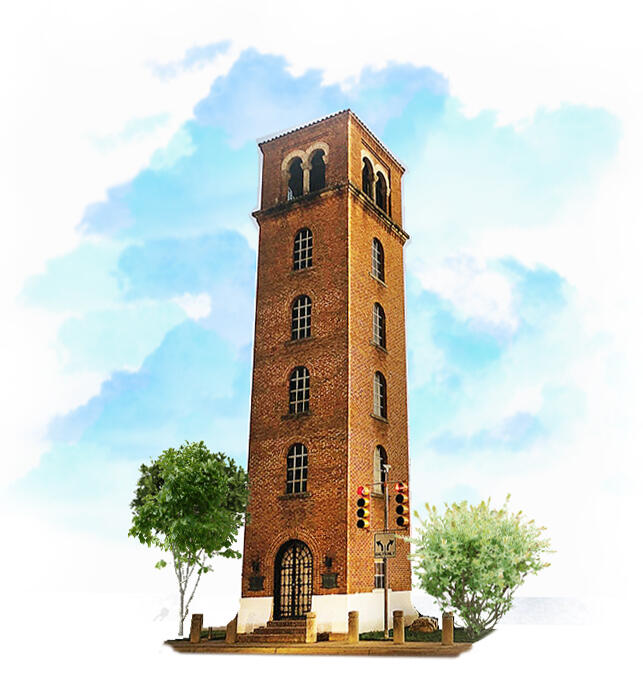 We re-imagine this historic, yet empty, downtown fire tower by sharing a vision of a micro-boutique hotel with the power to generate $100,000+ in donation revenue for affordable housing and homelessness in Austin, Texas.

It's our belief that there are thousands of unique buildings and spaces across the US that can be used for social good. Our goal is to identify those spaces, and the architects, communities and organizations that can transform them.

A historic downtown fire tower, re-imagined as a boutique hotel to generate proceeds for affordable housing and homelessness in Austin.

Buford Tower was built in 1930 as a drill tower where the firefighters could train and test equipment. It stands 67 feet tall on Caesar Chavez at the edge of Lady Bird Lake, and honors Captain James L. Buford, a firefighter who lost his life during a flood while attempting to save fellow Austinites. While it was restored in the late 1970s the tower sits largely unused and closed to the public (as shown in the photo below).

Current estimates suggest Buford Tower costs the City of Austin around $2,500 - $5,000 a year in maintenance and restorations.

By renting it out 240 nights a week with the suggested donation of $600/night the new Buford Tower can raise $100,000 a year for affordable housing projects in Austin, Texas.

The $150,000 - $200,000 needed for renovation would be raised through charitable auctions for future night's stays and through corporate partners and their donations.